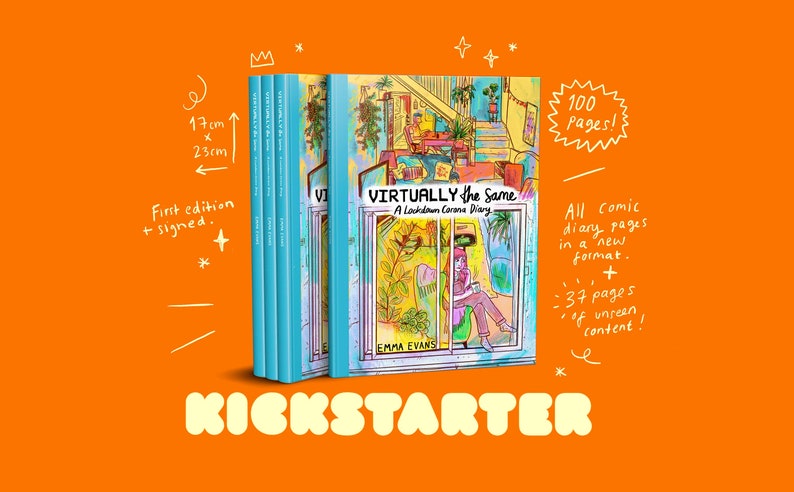 A copy of my recently successfully Kickstarted comic book diary! All about Lockdown 2020 in the UK. Includes bonus Riso 8pp Zine #39;Lockdown 2#39;.
(It#39;ll take me a little while to get through the kickstarter backer post out first though- hence the longer dispatch times).

When the pandemic began back at the start of 2020, we were so noticeably living through history in the making and as an illustrator, my first instinct was to keep a comic diary! So i did. At first i was just doing them as i went to record the day. But as time went on and i did more and more of them, posting them on Instagram as i went, people started asking if i was going to collect them into a book eventually. So i am!

Written as it happened from my perspective unfolding honestly. Switching to home working and the mass confusion. Encapsulating lockdown to the ease of restrictions. Focusing on how it felt emotionally as we went through it all. The story ends with my 30th birthday at the end of July. Where we live in a bizarre post corona world and reflects upon what#39;s next.

Backed by 112 wonderful people on Kickstarter!

Thanks to Alisa for allowing me to share her photos with you here. She regularly posts her sightings on Facebook at this link: South africa stamps