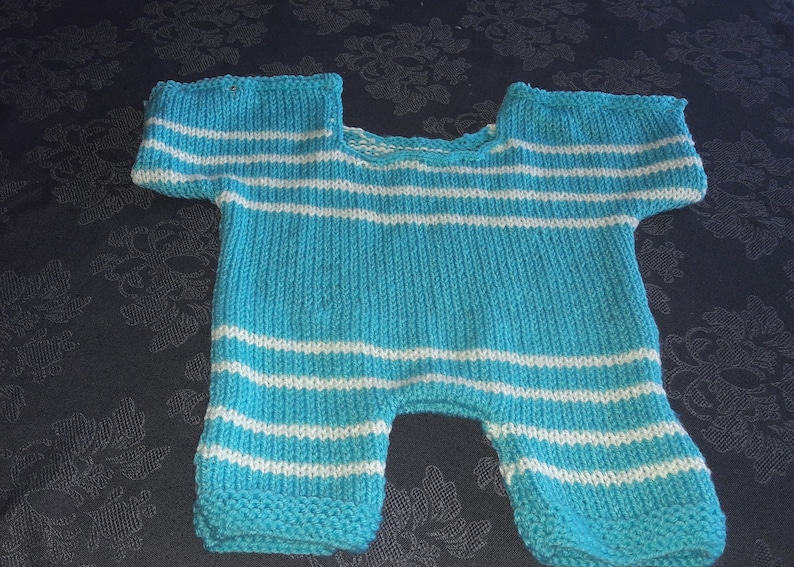 Jumpsuit baby in the form of mini jumpsuit
easy to put on
closed with snaps at the shoulders
hand knitted in acrylic yarn
color: turquoise and ecru
size 3 to 6 months
can be worn wide
total height 40 cm
width 28 cm body
width with handles 41 cm

Thanks to Alisa for allowing me to share her photos with you here. She regularly posts her sightings on Facebook at this link: 3.5x5.9 Rug,Oushak Rug,Bohemian Rug,Handmade Rug,Runner Rug,Turk